Liberty Caps also known as Psilocybe semilanceata, are considered the most widespread naturally growing psilocybin mushroom in the world, according to Psilopedia. Not only that, but they’re also the third most potent, according to tests done in 1997 by Paul Stamets and Jochen Gartz, a German chemist and mycologist.

Identified in 1838, P. semilanceata was the first psilocybin mushroom native to Europe to be formally recognized. This species is still wildly popular and abundant, especially in England, where the first report of a family tripping out on them appeared in print: In London, 1799, a family reportedly picked and ate wild mushrooms growing in Green Park, which caused one son to laugh uncontrollably, the father to believe he was dying, and most family members to have vertigo.

How many liberty caps does it take to trip?

20 – 30 liberty caps are regarded as a full dose, but only one or part of a large fly agaric are required.

How long does a Liberty Cap trip last?

9 hours. The effects of liberty caps are similar to those from a mild dose of LSD and can vary depending on the mood, situation and expectation of the user. Effects come on after about half an hour and last up to 9 hours depending on the numbers taken.

Are liberty caps stronger when dried?

Buy Magic mushrooms online. They have a distinctive conical to bell-shaped cap. Up to 2.5 cm (1.0 in) in diameter, with a small nipple-like protrusion on the top. They are yellow to brown, covered with radial grooves when moist, and fade to a lighter colour as they mature. Their stipe tend to be slender and long, and the same colour or slightly lighter than the cap.

The gill attachment to the stipe is adnexed (narrowly attached), and they are initially cream-colored before tinting purple as the spores mature. The spores are dark purplish-brown in mass, ellipsoid in shape, and measure 10.5–15 by 6.5–8.5 micrometres.

WHAT ARE LIBERTY CAPS?

Mushrooms are fungi, with a network of root-like filaments (called mycelium). Growing underground. Joined above ground by a stalk to a cap. The cap has a skin on top and gills underneath, from which are released spores (‘seeds’ for reproduction). Throughout history many cultures have used hallucinogenic plants and fungi. Although, little is known about their use in Britain. In the Middle Ages, they were made into ointments. Rubbed onto a membrane (often the sexual organs) with an available household instrument (i.e. a broomstick). Since flying was a common hallucination. Myth and superstition led to the Christian Church wiping out most of the ancient knowledge and burning the ‘witches’ at the stake. Mind-bending mushrooms came to be seen, like poisonous ones, as ‘toadstools’. Even today mushrooms are still portrayed in fairy tales. (Liberty cap are called ‘fairy mushrooms’ in Ireland).

Where do liberty caps grow?

The Liberty cap is a hallucinogenic mushroom that grows on grassy meadows and particularly in wet, north-facing fields. The consumption of this mushroom has been outlawed. It is widely distributed through North America but is most common in the Pacific northwest.

How can you tell a liberty cap?

They have a distinctive conical bell-shaped cap. Around 2.5 cm (1.0 in) in diameter, with a small nipple-like protrusion on the top. They are yellow to brown, covered with radial grooves when moist, and fade to a lighter colour as they mature. Liberty caps makes you trip. The chemical name for this component is 4-hydroxy-N. Another name is 4-HO-DMT. The substance is related to DMT, the active substance in ayahuasca.

How to use psychedelic mushrooms

Buy liberty caps online, for a good effect you should take the Liberty caps on an empty stomach. You can chew the magic mushrooms and swallow them afterward. The longer you chew, the better the psychoactive substances are absorbed by your body. Sadly it doesn’t taste too well.

Be the first to review “Liberty Caps” Cancel reply 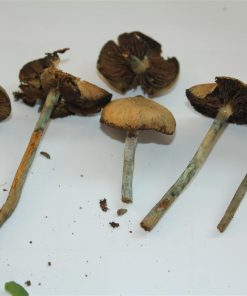 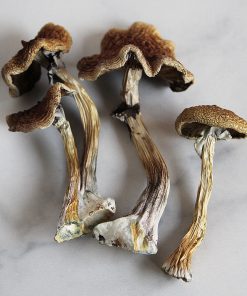 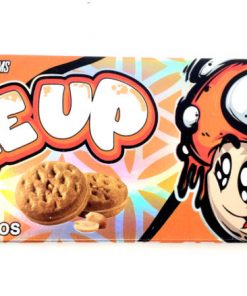 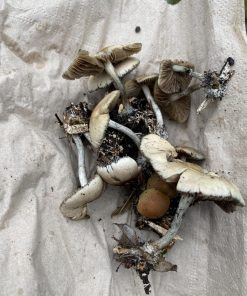 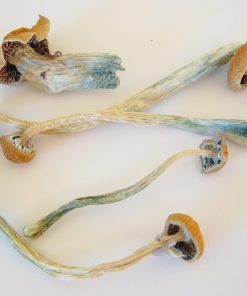 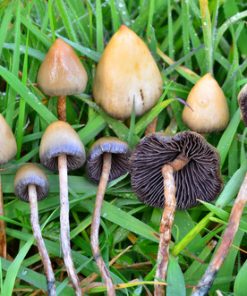 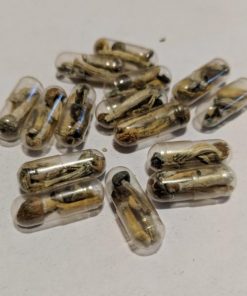 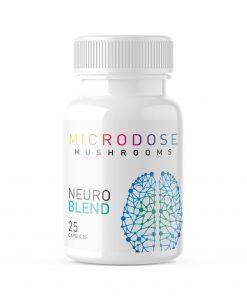 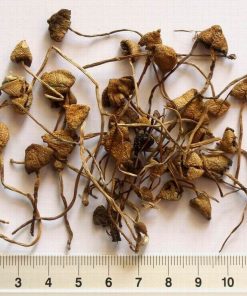 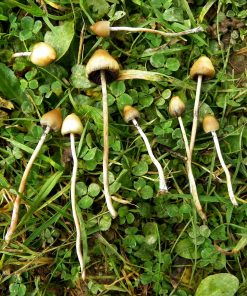